How to Use the Excel MID Function 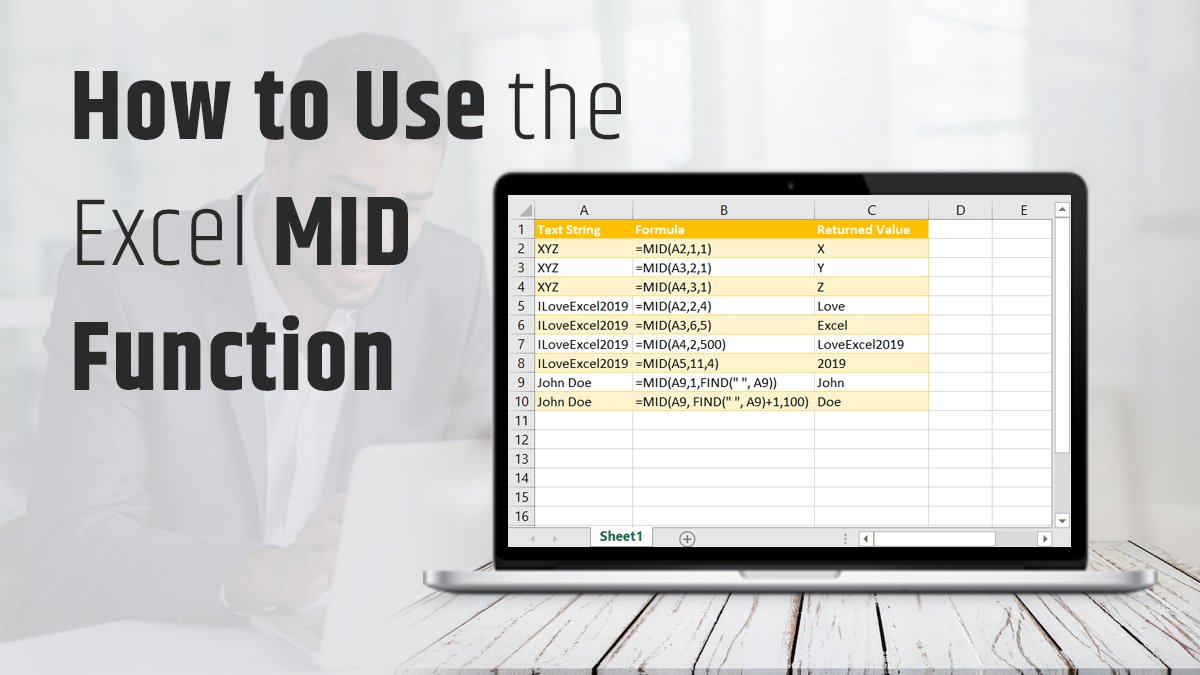 For using the function, we need to understand how the MID function works in excel.

For that assume you have some sample data in column A and you can expect the result in the next column B. You need to begin with typing MID function cell P A. So type ‘eMID’ and then go to compute the function. Here you can see it takes three arguments which are text, starting number, and a number of characters. So the first argument is a string from which you want to expect the substring. The second is the starting number. It is the position of the first character from where you want the x section to begin or the location of the first character to which you want the function to be returned. And then, the number of characters you want to expect from the string. If you put your third argument more than the number of characters available, then the MID function will return all the remaining characters from the string. The MID function is also used to extract characters from the middle of a text or a string as well.

The main purpose of this function is to get or extract text from inside a string. The text is extracted as characters for the return value.

The syntax for performing the MID function is:

Here the arguments are:

num_chars – The number of the total characters to be extracted

By looking at some examples below, you might be able to understand the function better.

This will return “cat”

This will return “hat”

This will return “ple”

Some of the other MID formula examples that can be obtained include the functionalities of translating numbers to text, stripping numeric characters from cells, highlighting numbers that include symbols, abbreviating names or words, LAMBDA strip characters, splitting dimensions into three parts, parsing time strings to time, data validating specific characters only, etc.

As a MID’s VBA function example:

This will return “ab”

The MID function applies to the following models or versions of Excel:

How to Use Steps Recorder

What Is a THEMEPACK File?